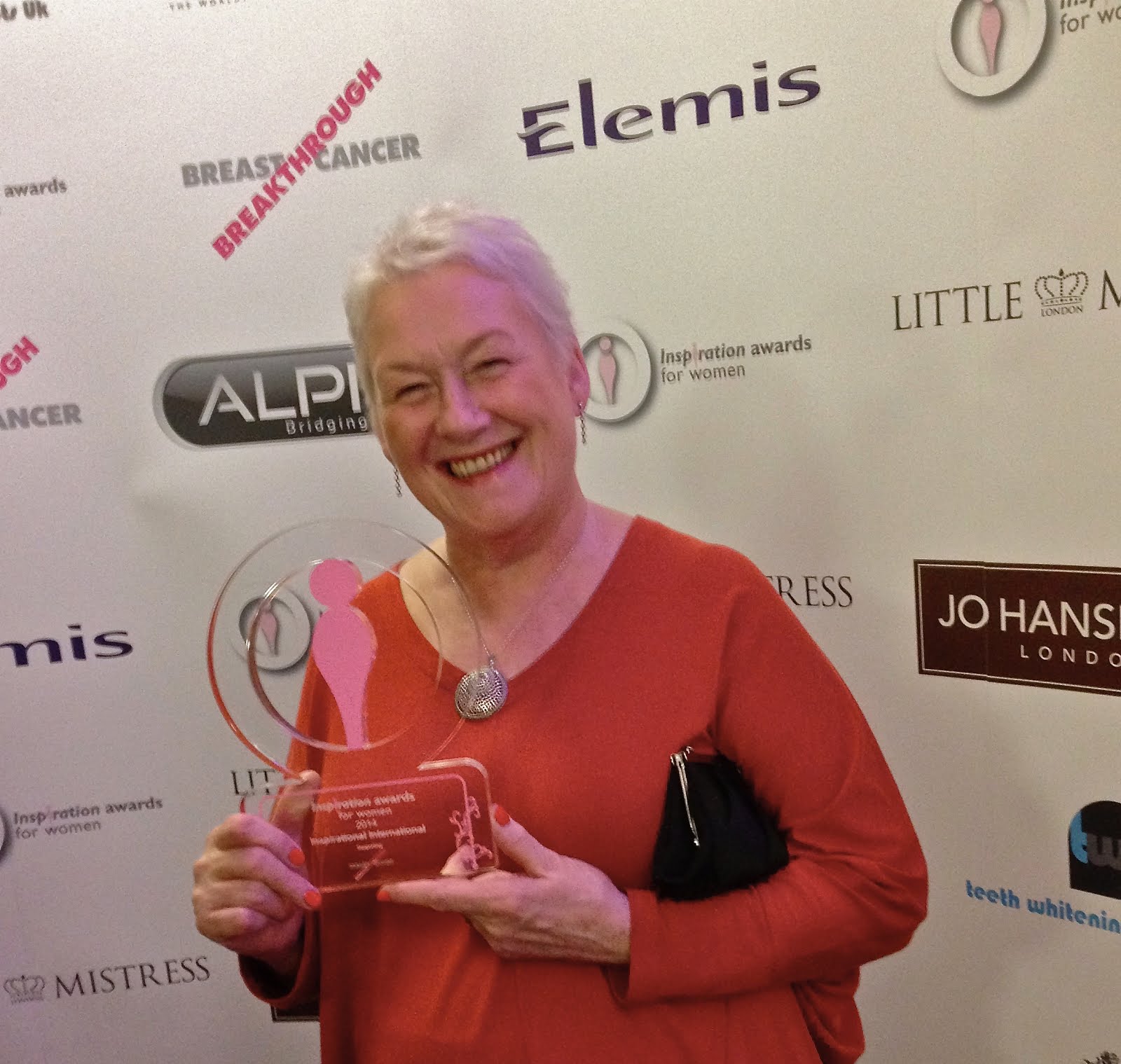 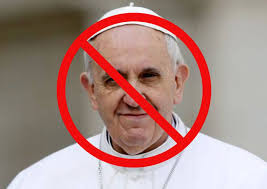 So the latest diversion technique from the  utterly duplicitous pope Francis is to charge ALL catholics to have "a day of prayer and fasting" on Monday to "open our ears to the pain of the victims" There are NO words! Well wait a minute there are:

These obsequious  insincere ramblings get more and more offensive and insulting by the day!
I would say the man is either demented or delusional, but it is far more sinister than that.
He  will use anything and anybody to put his failing church in a good light,especially as he embarks upon his latest PR stunt to Ireland. He is NOT sincere or anything vaguely like sorry.
Then today he went on to say:

"The only way we have to respond to this evil that has darkened so many lives,is to experience it as a task regarding all of us as people of god"

No !  that is NOT the only way!
It is very simple you moron!

How many more times do we need to TELL you?

Open up your files, hand over ALL of your criminal clergy to the police and  civil authorities, yes, I know,  that would probably leave you with none - but I do not care! That is the price you have to pay for the decades of crimes and cover ups.

Stop playing games with "statutes of limitation" dump the smoke and mirrors , get down on your knees -

And then MAKE AMENDS!!!!

You want to feel my pain?
Well feel this!

Feel the tears that I will spill tonight over your words,  as yet again,they trigger my trauma, and make me go to bed feeling worthless.

Know what it feels like to be violated and alienated,to be damaged internally, and worse -  to have your immune system impaired, try having my TWELVE life threatening conditions, have  your life expectancy cut by twenty years!

Know what it feels like to know that the damage you have sustained will visit upon your children and grandchildren.

Know the shame of  having to keep vile secrets for most of your life, in  FEAR and even GUILT .

Experience for me please, the feeling of  being  rejected and hurt because you don't keep quiet, even  be called a liar.

What I do not  need you to do, or ANY catholic who, for some obscure reason, still listens to you,  is indulge yourselves in having a day of "prayer and fasting!!"
Because ironically a day of fasting is probably good for your bowels- a reward in fact! 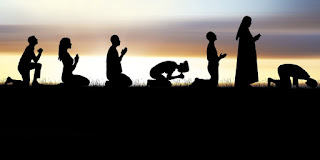 So when you all go away feeling cleansed, sanctimonious,  and "healed" I will be left with a legacy that cannot go away!

PLEASE do not insult us further, we have had quite enough abuse! 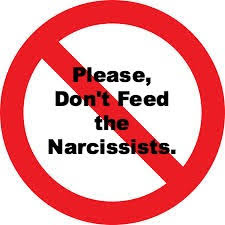 I am watching in the sidelines as the Irish survivors have to face the ordeal of the pope's imminent visit.

And it WILL be an ordeal, you will be faced with having to watch nauseating  sycophantic maudlin adulation, as he and his entourage perform their latest PR stunt.
Some of the survivors who were involved in the English visit have been giving their advice and opinions about what to do, I wouldn't dream of doing that.

They did the same to me at the London visit, as I gave the first speech to begin the protest march of twenty thousand people!

There had been endless press conferences too during that week, and one of the questions I was  constantly asked was  "Would you like to meet the pope"?

Why the hell would I want to meet him?
The head of the  narcissistic organisation which has been responsible for thousands of damaged lives, heartbreak,  shame, and even deaths.

He and his cohorts  are  well aware of these crimes against humanity,  you would have to be living on another planet not to be,  and they  couldn't care less!

But some of us still think if only they could see him face to face, appeal to his humanity, show him the severity of clergy abuse,  they could change the usual end result which is always- NOTHING!

So if there is one thing I would say to you it is PLEASE  do not kid yourselves!

Meeting survivors only gives them  more publicity, they then  use them to further their  image, and then do NOTHING!

I was involved in meeting Lombardi in Rome - same shit different day!
Having to sit with his complete smarmy lack of interest, paying lip service to listening, and then  lying  the following day on  vatican radio about that meeting!

I was involved in The complaint to the UN rights of the child, where they were found GUILTY of crimes against children, and given directives to comply with. - Nothing! Same shit!

I was involved with the UN complaint against them for crimes against humanity once again found in breach and told by the  UN to comply- -Nothing!

I hear the cry from some victims that they are going to ask him for an apology! WTF!

Please don't demean yourselves further, surely you have been subjugated enough?
I for one value my dignity these days, it was too hard won to let go of! 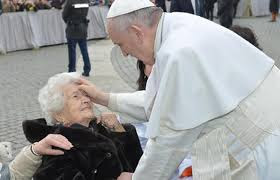 When you see supplicants begging for his attention,often on their knees,  it is similar to the pose adopted by animals in the wild when they are begging for food! They have learned what works! 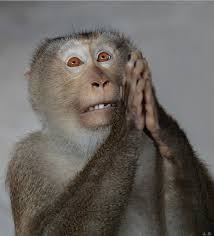 I have a beautiful Labrador, he is clever too, and has learned  so many tricks, mostly geared towards scrounging!  But one thing I  have never taught him is to "Beg"-  It demeans him!

Remember you are dealing with Narcissists!
The more attention you give them, no matter how negative, the more it feeds into their egos.

The ONLY thing to do with a narcissist is turn your back on them! 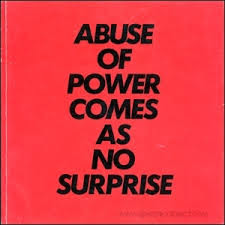 Why am I not in the least amazed to hear about the appalling childhood clergy sexual abuses that have been exposed in Ampleforth College and  Downside Abbey?

The news reports  are saying (with a look of sheer surprise!) that it "goes back decades"

Well- no shit Sherlock! Have you not been listening to us for decades?

This abuse of power is endemic in the church, it  can be found in all of the catholic schools, colleges, presbyteries, sacristies, church halls,  and under the bloody  stairs!

Wherever these creeps are, there will be sexual physical, emotional, and mental abuse!It is in the DNA of the narcissistic church and it's pedophile clergy.

How could it not be? When these people are so deified! They are taken when they are hardly teenagers, thrown together in a sexually charged,  yet repressive environment,  told they are "special" and  chosen by god, and they have been "Ontologically" changed at ordination!

They are even  told that they have "sacred hands" and  we all have come to know all too well what they do with them!

The rest of the masses are told to revere these men  as being the next thing to god. They not only have power over your earthly lives, but hold the keys to your afterlife too!

What power! and inevitably -  What  power abuse!

What an absolutely "brilliant business" model for a worldwide con!

The church continues to make demi-gods out of inadequates and let them loose on the unsuspecting sheep they are to tend.
The indoctrinated masses, fear filled and guilt ridden, do their grooming job for them!

What a clever and sinister method  of control!

I remember, in my family, Ampleforth college been talked about with absolute reverence, almost in hushed tones, as if it were some magical elite citadel, where only the very best could attend, and everyone aspired to.

Some aspiration eh? What a lofty goal indeed!

What does continue to surprise and  shock me is seeing heartbroken victims saying with incredulity that they have not had an "apology" !

Of course they haven't!
They are NOT bloody sorry!

And when they do utter anything vaguely like contrite words, when they are dragged out of them, they are  meaningless!
What the F... is the use of an apology!!